Graham Morgan has previously spoken at our Human Rights, Equalities and Mental Health Event in December 2018. He has recently written a book called 'Start' and has kindly given us some extracts from it to share with you over the coming weeks. Graham has a diagnosis of paranoid schizophrenia, has an MBE for services to mental health, helped to create the Mental Health Care and Treatment Act and has been on a compulsory treatment order under the act for the last 9 years. 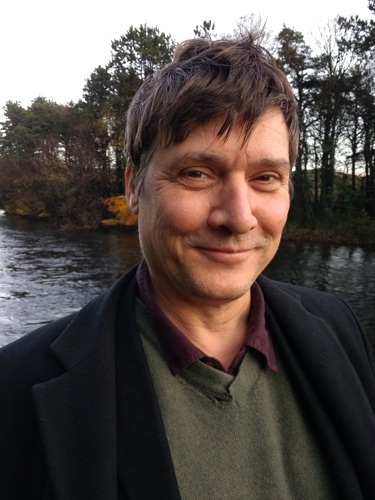 Who am I and why am I writing to you?

I confuse even myself with that question!! I have just had a book published by fledgling press. It is called START and is an account of my life on a compulsory community treatment order and some of my stays in hospital. But to be honest it is about far more than that. It is about loneliness and not having anything to say to people but it is also about falling in love, it is about the beauty and wonder I have found living in the highlands; how walking on a winters beach can sooth a troubled mind and how sitting at the end of a harbor arm staring out to sea, listening to music can bring calm and peace.

It is about the everyday fact that so many of us have relationships that fail in truly awful ways and how we interpret this and it is about thinking I was a not too bad dad and suddenly ten years ago, when I left my wife; losing all contact with my son and the agony that causes.

It’s, also about being in hospital and it is about being helped and supported by a host of people, from my family and friends to a number of professionals who have kept me alive even though I am not sure I want to be alive.

When I talk of those people who have kept close to me through all the years that I have been diagnosed with schizophrenia and all those times that I have been sectioned I have also found the need to talk of how that experience has damaged people that I love more than anything and how for so many years I was not aware of the pain that this caused them and how grateful I am that they are still there besides me, still loving me.

It is definitely not a story of recovery and of a bright life retrieved from the trauma of the past, but in a very real way it is about the real story of recovery, where I am still under compulsory treatment, where I still daily talk to myself of evil and devils and the need to die but at the same time have the most wonderful life where I work, where I am in a loving relationship, help look after two amazing young children, am trying to learn how to train Dash; the six month old Labradoodle.  How I love to see the dawn and am amazed that I have friends who like my company even though I rarely have anything to say.

It is a good book, I say that myself but have had a number of wonderful people who have read it and said the same. I am pretty amazed because often I feel pretty incompetent at expression and the understanding I might have of my life; to have other writers and people who work in mental health say the same leaves me slightly shocked.

It is also an honest book or it is a book that tries to be honest. I have worked in mental health for decades, have been exposed to  so many ideas and fashions of what is meant to work for us, what other people think people should say about us and what other people say about how we should be treated and identified and all these things. I am slightly weary of all these ideas and prefer to think of people and how I relate or do not relate to them whatever their labels and histories and I am slightly cynical of some of the ways in which people want to liberate people like me from our oppression.

For many years I have been a part of the debate about how we are meant to be treated and protected and supported.

I was a member of the Milan Committee that paved the way for the 2003 mental health act and part of the McManus review that played a part in the current act. I gave the opening speech at parliament when we were just creating See Me, I was awarded an MBE for services to mental health and once upon a time was awarded service user contributor of the year by the Royal College of Psychiatrists. Last year as part of my work with the Mental  Welfare Commission for Scotland  I spoke to the United Nations Committee against Torture and to the Kings College Transnational summit on human rights.

I first went into hospital 35 years ago to an old asylum in England and in the way of young people then set up a drop in centre for young people with a mental illness run by young people called Mcmurphy’s followed by helping set up a group called Awareness, being the first worker for CAPS in Edinburgh and setting up HUG in the Highlands where we did so much not least the plays we took round the schools to thousands of young people or the awareness sessions we provided to hundreds and hundreds of professionals the reports that have influenced policy regionally and nationally and the art events that have filled us with joy.

I say this to give me credibility a sort of he probably knows what he is talking about but really the book I have written of which you will see some extracts over the coming weeks is just the personal account any of us could say and which so many of us should say. I give some opinions but they are personal ones, no more important than anyone else's, mainly I talk of the wonder of waking up with someone I love and being kept alive when I am determined to die and how grateful I still am that I can wake to see the dawn or when I am not working sleep till the dog licks my face, lets me know I have another day to face.

I would love it if you were to read START and would be delighted to know what you think of it. 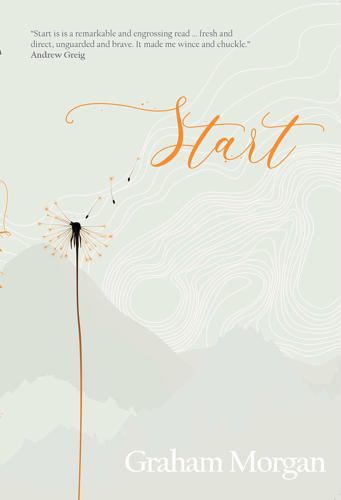