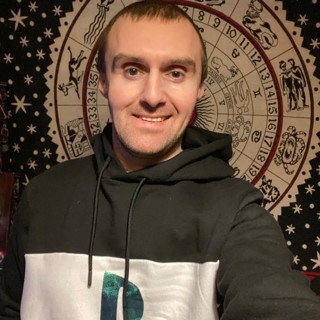 Self-stigma, for me, is where you're aware of public perception of your mental health and where you're looked upon as being a label rather than a person. They define you as your illness when you're so, so much more than that. It gets to the point that you actually internalise that and it becomes who you are – you're always aware of that perception, the way people look at you and how they feel about you, and it really is hard to break through that.

I've struggled with an eating disorder for many, many years and self-stigma has affected me so much in my journey. People always look at me as being this anorexic person, when that's just part of my past; that doesn't define who I actually am. It held me back because, when I was trying to recover, I was always afraid of who I would be without the illness. Part of the recovery process is separating yourself from that illness – self-stigma makes that really hard.

Self-stigma has stopped me from doing many, many things in the past, like socialising with a lot of people. I used to isolate myself because I was afraid of how people would perceive me.

These illnesses thrive on secrecy and isolation, so if you're concerned about how people are going to perceive you, and the stigma that surrounds it, that holds you back from the recovery process as well.

I feel we've come quite some way with stigma in general, especially during the pandemic, where a lot of people have understood that everybody struggles with mental health in some way or another. But we've still got a long, long way to go – there's a difference with awareness and actual stigma, they're two totally different things. And sadly, people with long-term mental health issues are still looked upon as being lesser, especially in workplaces. They're still isolated from so much, because people just don't understand. I feel our work has still got a long, long way to go yet.

My advice to people looking to challenge their own self-stigma is to try raise awareness as much as you possibly can. Don't be afraid to speak your mind – sometimes we're too afraid to say things but at the same time, that actually hurts us more. Try to speak up, whether that be to a family member, a friend, even anonymously online – there are so many great support groups too.

The way I've tried to challenge self-stigma is by raising awareness of mental health in general, and letting people know that we all have mental health.

I recently spoke at an online event about my experience of self-stigma, and it was absolutely amazing for me to understand that there's a lot of people that was going through the exact same things that I have.

Being able to raise awareness and understand that I am making an important difference in the world, that's what keeps me going. There are people out there suffering in silence and if my story helps at least even one person, that makes it all worthwhile.