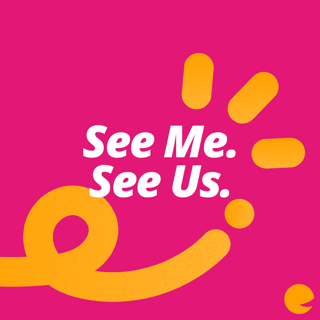 Hello my name is Elaine, I am 46 and have had a varied diagnosis.

I have had mental health problems from a young age which led to me being medicated in my teens for severe anxiety. As my GP at the time said, "You have always been a worrier, Elaine."

I struggled to fulfil my ambitions and hold down jobs due to anxiety and the feeling of fear and complete dread. Now, in reflection, I realise I had periods of depression.

Mental health was not discussed in many of the work and education settings at this time or even amongst some family and friends. In my 20s, a much respected psychologist worked with me for years on managing the mixture of emotions I had which then led to Borderline Personality Disorder being mentioned as he felt I portrayed the behaviour associated with BPD.

I never wanted to mention the words “personality disorder” in fear of what people would think or say.

So I stuck with the diagnosis of severe anxiety and depression.

I suffered with ante-natal and post-natal anxiety and depression which once led to a panic disorder where I was paralysed with fear and very dark thoughts. This led to a hospital admission while pregnant for the safety of my baby and myself as my family didn’t know how to help me and were obviously very concerned. I remember begging my nearest and dearest not to tell anyone I had been in a psychiatric ward due to the fear of others’ opinions. I felt broken and ashamed…. As you can probably tell, I suffer with self-stigma.

I also struggle with OCD and intrusive thoughts on a daily basis, often imagining terrible things will happen if I don’t things a certain way. I have had spells where I have been “well or better” but often in these times I have coped or tried to with the use of unhelpful behaviours including self-harm.

On and off for years I plodded on, sometimes keeping my thoughts hidden in my diary or sometimes I would divulge to family or some trusted friends. One dear friend I had met in hospital sadly took his own life due to his own mental health problems and I miss him as he truly understood as he had been there…I felt so much guilt that I had let him down. I still miss him.

Last year I had a medication change and ended up hospitalised with severe serotonin discontinuation syndrome. I have had an apology from the medical professionals as I was told by three different doctors that I had been let down by the system and was not given the support I was promised to do the change. This has altered my trust with certain health professionals. However, I have learned I was not alone.

The shame I felt again as my two boys, 15 and 21, were left at home while their mum was mentally ill in hospital was overwhelming. I am still suffering with this now as I want to be the mum I was, not the depressed, anxious, labile mood - all the horrible things that comes with that. This has brought up the question about BPD/EUPD again.

I am slowly rebuilding my confidence again as I couldn’t leave the house for some time.

I am learning skills to cope with distress with my CPN and I am hoping to be able to get back to work soon.

My self-stigma has led to me to seek out See Me and I am delighted I have been accepted as a volunteer. I would love to help to end the shame, hopelessness and lack of confidence self-stigma can cause and how prejudice, views and comments can affect people more than they know. I want to be well, but I want to not be ashamed when I’m not.

I’m even fearful of posting my photo but with the inspiration from others and their stories at See Me, I have done it. So thank you all, and let’s do this! End the stigma together.