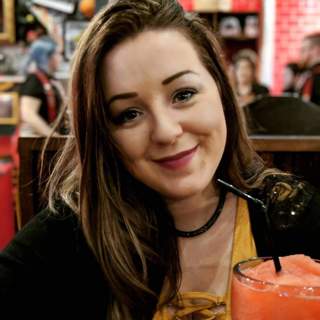 My name is Daytona Mills and here's what you need to know about me. I'm 28 years old. I'm blessed with a loyal husband, a beautiful child and loving fur babies. I run a successful business in a field I love. I have supportive members of family and friends. But I also have Borderline Personality Disorder, Anxiety, Depression and suspected Fibromyalgia.

It's a common misconception that the things you have in your life correlate entirely with your mental health.

From the outside, my life seems to be picture perfect, but, from the inside, it is a constant battle within my mind.

I first experienced mental health around 13 years old which led to self harm, including pulling chunks of my own hair out (was less obvious and unlikely to get caught). I had family issues, was being bullied at school and no sense of self, lost in a world of who I wanted to be and who I needed to be to be most liked, a social chameleon.

At fourteen, I sadly lost my dad to suicide. We had only began to get to know each other again after years of never seeing one another. The pain I watched unfold in my family was unforgettable. Members of my family were no longer themselves and an "attention-seeking drama queen" of a teenager was overshadowed. It was probably at this time I needed help most.

Growing up, I lost a lot of friends and family through my mental health, my instability to keep stable relationships.

That was, until, I met my husband who loved me when I was unlovable.

To say it all healed and stopped there would be a massive misconception. My anxiety worsened as I got older. I remember waking up in the middle of the night thinking I was having a heart attack and deciding just to allow it to take me. Once it passed, I realised it was a panic attack and my lack of will to live scared me. I was ready to die. In fact, I welcomed it. Frightened, I finally reached out for help and then started the mystery of the mental illness.

Over the years, I tried many antidepressants to no avail and, after having my daughter, I encountered a new kind of mental health, Post Natal Depression.

This, combined with my ongoing battles, led to more self harm. I felt incapable and a failure to my daughter, overwhelmed with my want to do things right with her.

This was the point, at 24 years old, eleven years later, I was seen by a psychiatrist. Through the help of this caring professional and a dear friend of mine, I was finally diagnosed with Borderline Personality Disorder (BPD). It might seem strange to be happy about a diagnosis but after such a long struggle and many trials of different medication, I was hopeful I was on the right path to recovery. For BPD, there is a specific therapy that is known to help but, two years later, I'm still on a waiting list. Having "slipped through" the books and never receiving my appointments with my psychiatrist who I was supposedly to see often, I slipped into a very low point last year and took an overdose.

Since my diagnosis, I have learned to be vocal about my mental health and openly tell new friends about what I suffer from and how it will affect my behaviour, mostly low self esteem and fear of abandonment.

That's how I learned who my true friends were, those that seen past the bad times and helped me through.

I wanted my story to be shared because, even with an understanding circle around me, I still encounter the stigma. A lot of people become uncomfortable around the topic and my posts regarding mental health are never too popular. Even suicide attempts are taken very lightly until they actually happen. The act of suicide, as much as I've felt anger towards my dad and guilt of my own attempts, is an act of sheer desperation in your lowest point in life. Even considering suicide, to go against your own survival instinct, is a very serious matter.

I don't want just recognition and sympathy to those of us who suffer from this internal torment, I want acceptance and preventive measures to try and tackle the stigma. It's time we stopped just talking about mental illness. It's time we come together and take action.