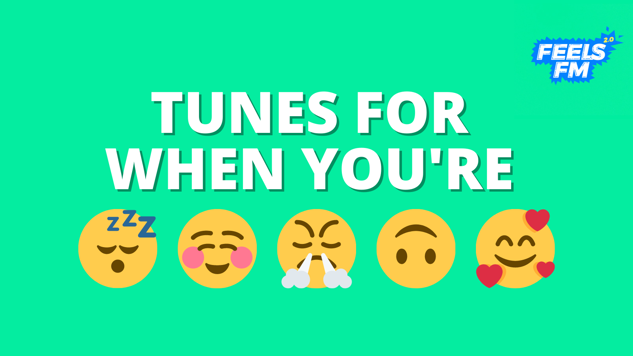 A SURVEY of 1000 young Scots has found that two thirds (66 per cent) think young people are dismissed by adults when they try to speak about their mental health, potentially leaving many with nowhere to turn.

The new research, asked young people their opinions on a range of issues around mental health stigma and discrimination. It found 72 per cent of Scotland’s young people have struggled with their mental health, with more than half (51 per cent) agreeing that they wouldn’t tell someone if they were having difficulties with how they were feeling.

The survey, which we commissioned and was carried out by Censuswide, asked 1000 16 to 24-year-olds for their views on mental health ahead of the relaunch of FeelsFM, the world’s first emoji-powered jukebox.

FeelsFM is designed to help young people express their feelings, use music as a positive coping strategy, and find new ways to talk about mental health stigma and discrimination.

Since its launch, more than 5000 young people have shared their views on mental health through FeelsFM. The web platform has been redesigned with a new layout, games, emojis and playlists – and new questions to help gain a better understanding of what needs to change, so when young people are struggling with their mental health, they no longer face stigma and discrimination.

This time the platform is focussing on the impact of adults and families, with 67 per cent of young people agreeing that families can be dismissive when a young person says they’re struggling with their mental health.

The research also found that just under four in ten young people (39 per cent) think teachers take them seriously when they say they are struggling with mental health. Kirsty Hughes, 19, from the Borders, is one of them.

She said: “I had a few teachers that I had particularly good relationships with. I built up the confidence to talk to them about my mental health. But they kind of dismissed me, they argued that it was just part of being a teenager, it was all hormones, it was the stress of exams. 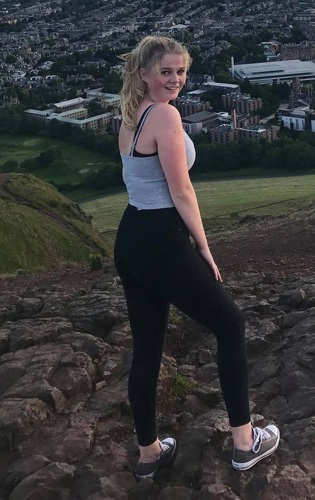 “But it wasn't and they made me feel as though my feelings weren’t valid.

“That really impacted the relationship that I had with them, because I suddenly thought, if they don't understand then, nobody's going to understand.”

Orla Murray, 18, from West Kilbride, has struggled with low mood and anxiety since she was 14 years old.

She said: “My friends were there for me, but I felt I couldn't talk to adults about it. I was definitely concerned about the reaction of adults.

“As a 14-year-old, in a school where mental health wasn't really talked about yet, you don't have that faith in the adult community to speak out about it.

“I felt it was a very isolating experience to then not have these open discussions in the classroom or in the house.”

The COVID-19 pandemic has had a huge impact on the lives of young people over the last year and a half. However, there is hope moving forward, as more than half of young people polled (54 percent) think that young people’s mental health has been taken more seriously since the start of the COVID19 pandemic.

Our director Wendy Halliday said: “We know that the pandemic has had a huge impact on the lives of our young people, and the new-look FeelsFM will give us a chance to better understand the pressures that they face.

“The platform will focus on the areas young people think are the most important right now, including their interaction with families and the adults who may be responsible in supporting their mental health, like teachers, doctors and managers.

“Nobody, no matter what age they are, should feel belittled or as if their experiences don’t matter when it comes to mental health.”

All of the information provided by young about mental health stigma through FeelsFM will be shared with our partners including  the Scottish Government to help young people.  The findings will also directly inform the work we take forward alongside our volunteers, all who have direct experience of mental health problems and are best placed to encourage and support change.

Youth groups, schools, universities and others can get involved by holding their own Feels FM activity, by downloading or ordering a pack.

Visit FeelsFM
Get it here