See Me volunteers help shape the future of suicide prevention 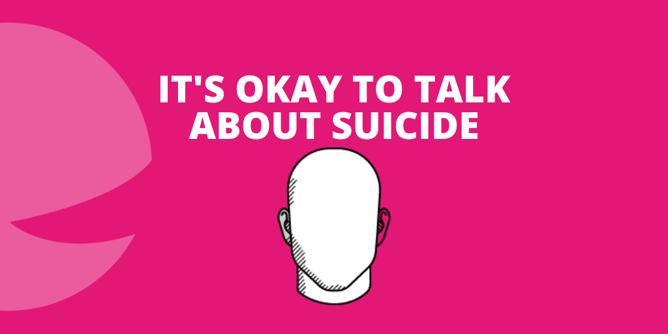 A group of See Me volunteers have this week added their voices to the conversation on suicide prevention in Scotland.

We surveyed our volunteers and seven attended a focus group to share their thoughts and experiences to inform See Me’s response to influencing Scotland’s new suicide prevention strategy. Further to that, three volunteers attended two consultation sessions hosted by Scottish Government to contribute their views

We have been discussing with our volunteers where the stigma around suicide still has the biggest impact, including in the places where people look for help and support.

See Me volunteer Liam was one of the participants. He said: “It’s important that lived experience is involved in conversations like these so that people can hear from people that have been affected and realise that it's okay to talk about it, and help more people understand that they can be open with any feelings of suicide.

“I took away a sense of believing that things are going to get implemented to help change attitudes towards suicide as a whole, and turning it into something that people can speak about.”

Toni Groundwater, programme manager for communities and priority groups at See Me, said: “We know that people with lived experience bring unique insights and views to important pieces of work like the development of Scotland’s suicide prevention strategy, and we’re really pleased that See Me’s volunteers have been able to make a contribution from the perspective of the stigma and discrimination which still exists around mental health and suicide.

“Suicide can be a reaction to life’s circumstances, but it’s not easy to talk about suicide feeling like an option to end distress, as it is often dismissed. If the discussion is just shut down, people can feel ashamed for brining it up, it will stop them asking for help, but it won’t stop the way they’re feeling.”

If you would like to share your views to support Scotland’s suicide prevention strategy, you can complete a questionnaire from the Government and COSLA.

Participating in consultation events like this is just one of the ways in which See Me volunteers contribute to the effort to end mental health stigma and discrimination in Scotland.

Our volunteers also share their stories in the media, help plan and host events, support us to shape new campaigns and resources, and spread the See Us movement as widely as possible in Scotland.