Polish men living in Scotland worry about telling people how they’re feeling, are experiencing loneliness and facing discrimination in society, contributing to a ‘worryingly’ high rate of suicide. 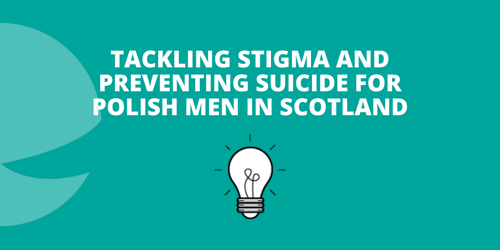 Research carried out by Edinburgh based Polish charity Feniks and NHS Lothian in 2018 revealed that the level of suicides among the Polish men in Scotland is nearly twice as high as among Scots (96% higher).

Today Feniks released a new study exploring why Polish men are turning to suicide, with mental health stigma, loneliness, social difficulties and a lack of understanding of the Scottish health care system all contributing.

The new study, Mental Health and Suicides Among Polish Men in Scotland, has been done in partnership with See Me, the national programme to end mental health stigma and discrimination. Researchers spoke to 173 men via a survey and focus groups, of which 66 per cent said they had suicidal thoughts, and 25 per cent had attempted suicide.

The researchers found that stigma plays a big role in Polish men not wanting to talk about their feelings, often they stigmatise themselves and don’t think they should reach out to others.

Polish men feel like they have to live up to the stereotype of the self-sufficient hard-working Pole who doesn’t need help from others. Asking for help is seen as a sign of weakness.

When living in Scotland, they often suffer from loneliness and homesickness, and they feel that they don’t have anyone to talk to. A lack of opportunities to meet new people who might give help and support, and toxic masculinity in males friend groups lead to difficulties in creating meaningful relationships.

A lack of understanding of the Scottish health care system is a big barrier to Polish men asking for help and they don’t know where to look or how to use it. Without access to professional support at the time when they realise that they cannot deal with their problems alone, Polish men see a suicide as the only solution left.

Discrimination from society can also make Polish men feel like second class citizens. They often feel that they must work harder and try better to prove their value than the local people. This makes struggling with mental health feel like it’s not an option. 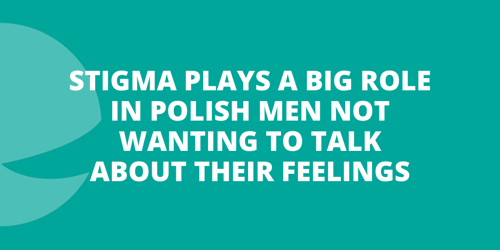 Paweł Kopeć, Feniks peer researcher, said: "The responses in the questionnaire proved that the Polish men have serious mental health problems, but they do not know how to talk about them openly. It highlights a hidden, but urgent need within the community to address the barriers to help-seeking and to tackle the mental health stigma amongst the Polish men in Scotland.”

Magdalena Czarnecka, Feniks CEO, said: “It was interesting to see how the Polish stereotype of the 'self-sufficient man' determines who they can admit their problems to and ask for help. It seems like only a romantic partner was trustworthy enough, which put all the single men at a disadvantage.

“This also shows why the relationship breakdown is so distressing and can lead to suicide. In their eyes, even unconsciously, they lose their only source of support and person they can admit their vulnerability to.

“In health care, Polish men have almost no awareness that you can talk to the GP about mental health. Most of the services are available in English, which creates an additional barrier to men who already have difficulties in expressing their feelings. We would encourage the mental health providers, NHS, the Samaritans, etc. to actively reach out to the Polish men in their workplaces and Polish social media with information in Polish how these organisations can help.” 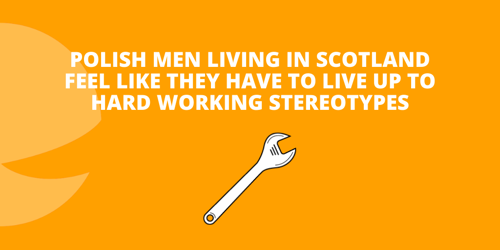 “We want to encourage Polish men to speak to someone, whether a friend, partner, or healthcare professional, and to show them it is not a sign of weakness to make yourself mentally stronger.

“If you don’t have anyone to speak to, you can call the Samaritans or Breathing Space, confidential phones lines where you can say how you feel.

“If you are one of those people, and there is a Polish man in your life who is struggling, speak to them about it, ask them how they are, tell them that it is okay to not be okay. Showing you care can make all the difference.”

You can read the report in full below.