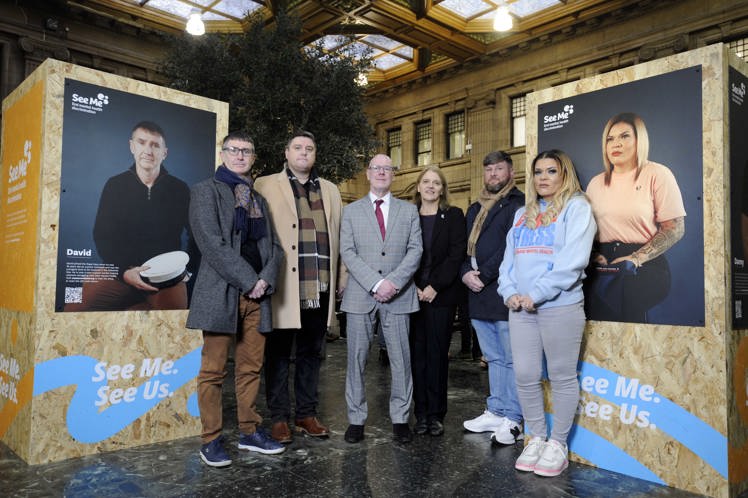 Armed forces veterans in Scotland are being encouraged to speak up about mental health and get help when they need it as part of a new nationwide campaign.

On average it can take over a decade for a veteran to ask for the support they need with their mental health, with some even considering or attempting suicide before speaking out.

Veterans all over Scotland have said that not wanting people to know what they are going through, and thinking that mental health problems are a sign of weakness, stop veterans from reaching out for help with their mental health.

Judging themselves if they are struggling and a feeling they should just ‘crack on’ can mean that veterans reach a crisis point before they tell someone how they feel.

To change this, See Me, Scotland’s programme to end mental health stigma and discrimination, has been working with 30 veterans across Scotland to create The Guard campaign.

It launched today (Tuesday 29 November) at Edinburgh Waverley Station, where portraits of five Scottish veterans went on display. Each of the portraits, by photographer Andy Low, is accompanied by a QR code, which station users can scan on their phones to listen to each veterans’ experiences of mental health stigma, and getting help.

The powerful stories feature veterans from different branches of the forces, speaking about a range of mental health experiences, and the stigma they’ve faced. 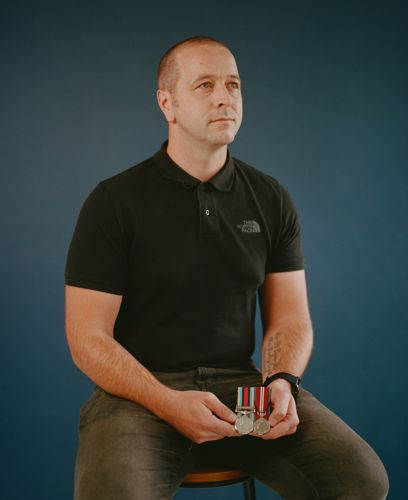 Danny Gemmell, from East Kilbride, served with the Royal Scots Dragoon Guards for nine years, and is one of the veterans featured in the photographs. He said: “I think I started to struggle with my mental health as soon as I left the forces. I think I had some challenges when I was in there, but there was never really the opportunity to speak about it.

“When I was struggling, I never felt comfortable to speak to people about my whole experience of life at that time. What I had realised was that I left the forces in 2017 and I left my family behind. For two years, I had a really good job, I had really good people that I was surrounded by, but there was no trust there to actually open that conversation up with them.”

Danny’s struggles got to the point where he formed a suicide plan – but a friend reaching out to check on him and share their own experiences made him think twice and encouraged him to start speaking out.

He explained: “It was a very slow process to be able to speak to people about it. When I started to engage with people and talk about mental health, what I realised was that people had similar challenges, people had similar thoughts that they were experiencing and it made it feel quite normal.

“I feel like there’s a real stigma attached to mental health, being a veteran. Quite often, people would ask, ‘How can you find this really difficult and terrifying if you’ve been in a war zone?’ But the reality is, in a war zone, I felt really safe. Dealing with a mental health condition is a different type of challenge.”

Danny has since reached out for help and accessed therapy, and now runs a peer support group for veterans to encourage others to get support when they need it.

Fellow veteran Stacy Pettiford from Midlothian served in the Royal Air Force for almost six years, leaving in 2005. She started to struggle with her mental health while in service, and attempted to take her own life twice before leaving the Air Force. She said: “I put it down to service. I grew up in a family that have all served – it’s very much that attitude, you just get on with things. 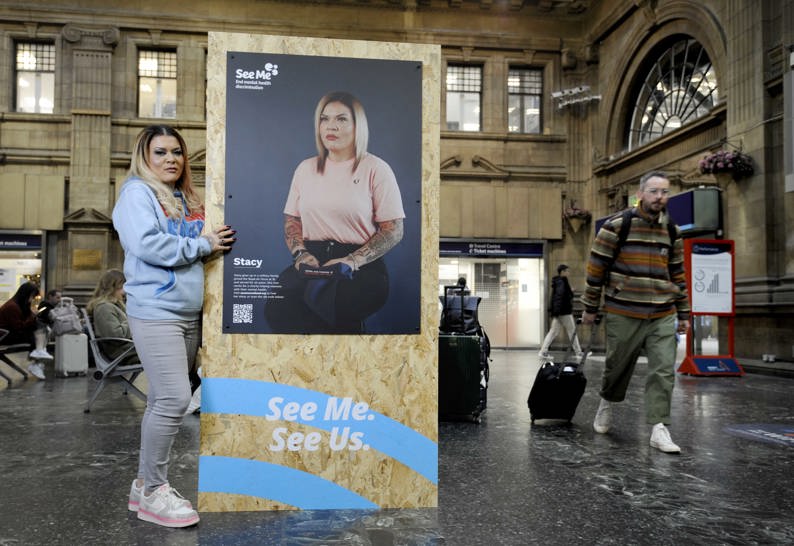 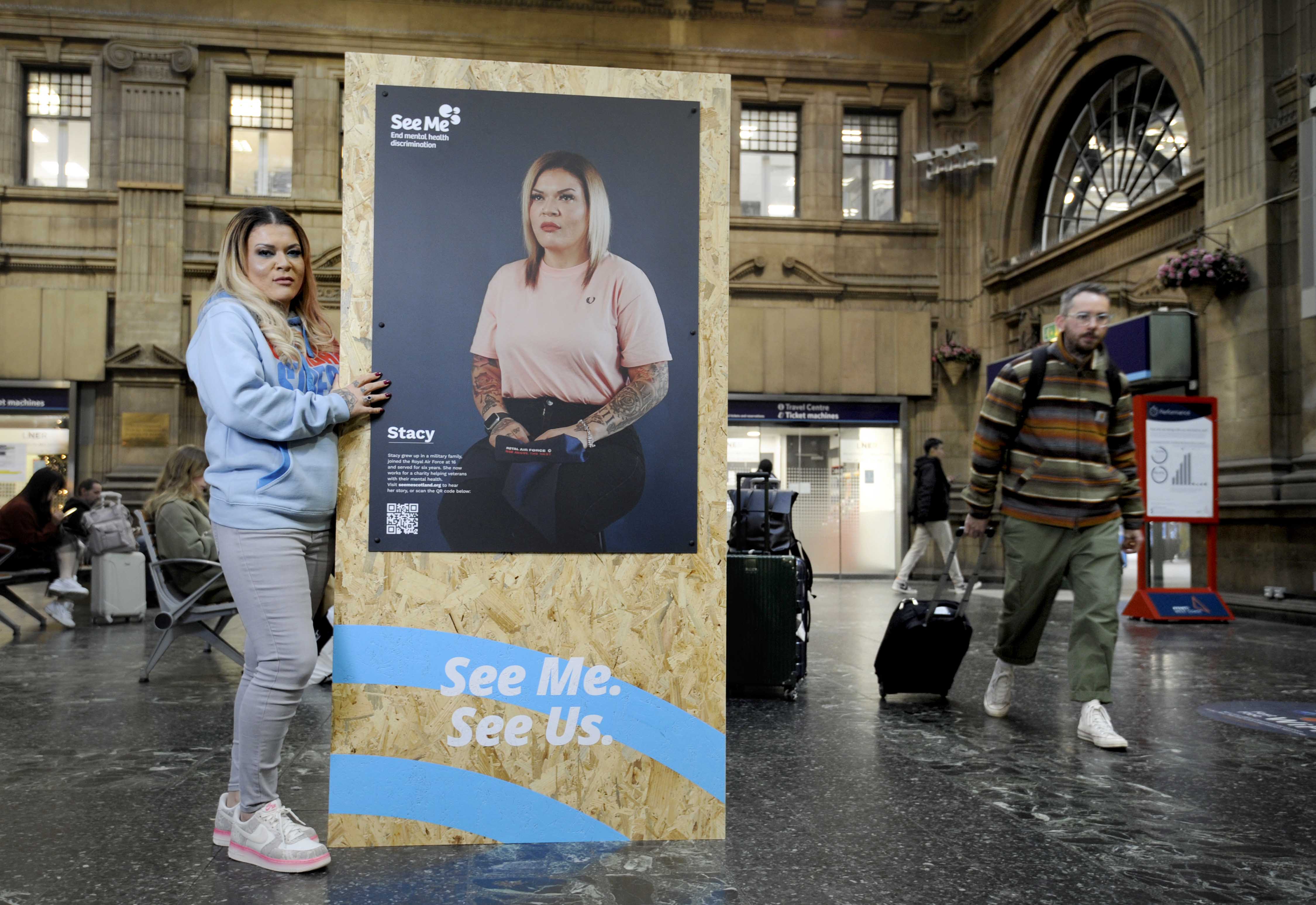 Stacy has since accessed support to manage her mental health. She now works for Combat Stress, supporting other veterans as they transition to life on Civvy Street.

She says: “When I would look for support, I would see a specific type of veteran or war stories, and I just didn’t think that my trauma was significant enough to ask for help – but it absolutely was, and it absolutely is.

“For veterans who are out there and feel like they are struggling alone, I would say you’re not. Until I started working in charities that support other people, I was absolutely stigmatised, all the way through.”

Forces veterans are not more likely to struggle with their mental health than the general population, but they can take longer to get help when they are struggling. It is hoped that the stories can help dispel some common misconceptions around veterans’ mental health, and encourage veterans, and their family and friends, to open up.

Minister for Mental Wellbeing and Social Care Kevin Stewart said: “Nobody should feel that having a mental health problem is a sign of weakness - it is the exact opposite. Everyone has a limit to what they can deal with on their own and asking for help shows strength and courage. Our veterans have served their country and it is only right we repay that service by ensuring they find it easy to ask, and get, the help and support they need. This campaign will go some way to helping break down these barriers for veterans and ending the stigma and discrimination surrounding mental health.”

See Me director Wendy Halliday said: “The five veterans who have shared their stories as part of the campaign are proof of the power in speaking about how you’re feeling, and we hope that they can show other veterans who are struggling that they aren’t alone.

“While many veterans leave the forces with good mental health, we want those who are struggling to be able to ask for help quickly. If you are a veteran, and you’re struggling, speaking to those around you, like friends and family, is a great place to start.

“Likewise, if you are in a veteran’s life and you’re worried about them, ask them how they are, and show you will listen, not judge, and that you care. Often it is the people around a veteran who notice they are struggling first.”

The portraits will be on display in the waiting room of Edinburgh Waverley from 29 November to 8 December. The portraits are available to view on the See Me website at seemescotland.org, where you can also find sources of support.