The people of Scotland are being encouraged to join forces and build on improved public perceptions of mental health as part of a new nationwide campaign.

The research, from See Me, Scotland’s programme to end mental health stigma and discrimination, also found 63 per cent  think that perceptions of mental health had improved since the start of the pandemic.

The findings have been published today (20 October), at the launch of a new campaign – See Us – asking Scotland to keep the momentum going.

See Us encourages people from all walks of life – whether they have experience of a mental health problem or not – to join the movement to end stigma, by getting involved in events, activities and speaking up to challenge outdated stereotypes.

While attitudes have improved, See Me says big changes are still needed in people’s behaviours. The same research, which was carried out by Censuswide, found that more than two-thirds of people (71 per cent) with mental health problems surveyed have still experienced stigma or discrimination – most commonly from someone they know, including friends, people online, immediate family and work colleagues.

Stigma and discrimination often prevent people from asking for help when they need it most – and can be the difference between life and death. 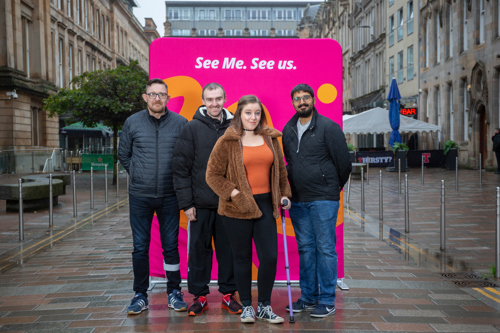 See Me volunteer Osama Nadeem, from Paisley, has struggled with his mental health since primary school as a result of racist bullying. The 22-year-old says that stigma was one of the biggest barriers he faced when it came to asking for help – but that acts of kindness, and showing support, can make a huge difference for those who are struggling.

He said: “When I was in primary seven, I remember standing in the corner of the playground, and I started to cry as it all just got to me. Two girls who were in my year came over to me, and asked what was wrong. I didn’t want to say, but they wouldn’t leave me until I told them. Them coming to me helped – and that memory sticks with me.

“No one needs to be an expert to talk about mental health. If you’re struggling, just talking about it – talking about stigma, talking about how you’re feeling – can help a lot. That’s why this campaign is so important.”

Fellow volunteer Jenn Barnes, 34, from Glasgow, joined the call for support. Jenn, who has struggled with her own mental health since her teenage years, lost her brother to suicide in 2017, and has spent the time since campaigning and raising awareness of the impact of mental health stigma and the power of speaking up.

Jenn said: “While there is more awareness of mental health now, stigma still exists – and I think a lot of people don’t even realise it. It’s really important that we get as many people as possible to back the campaign to end mental health stigma and discrimination. You can’t do it on your own. It’s like mental health in itself – you need someone there to help you. If everybody comes together, it will make things a lot easier.” 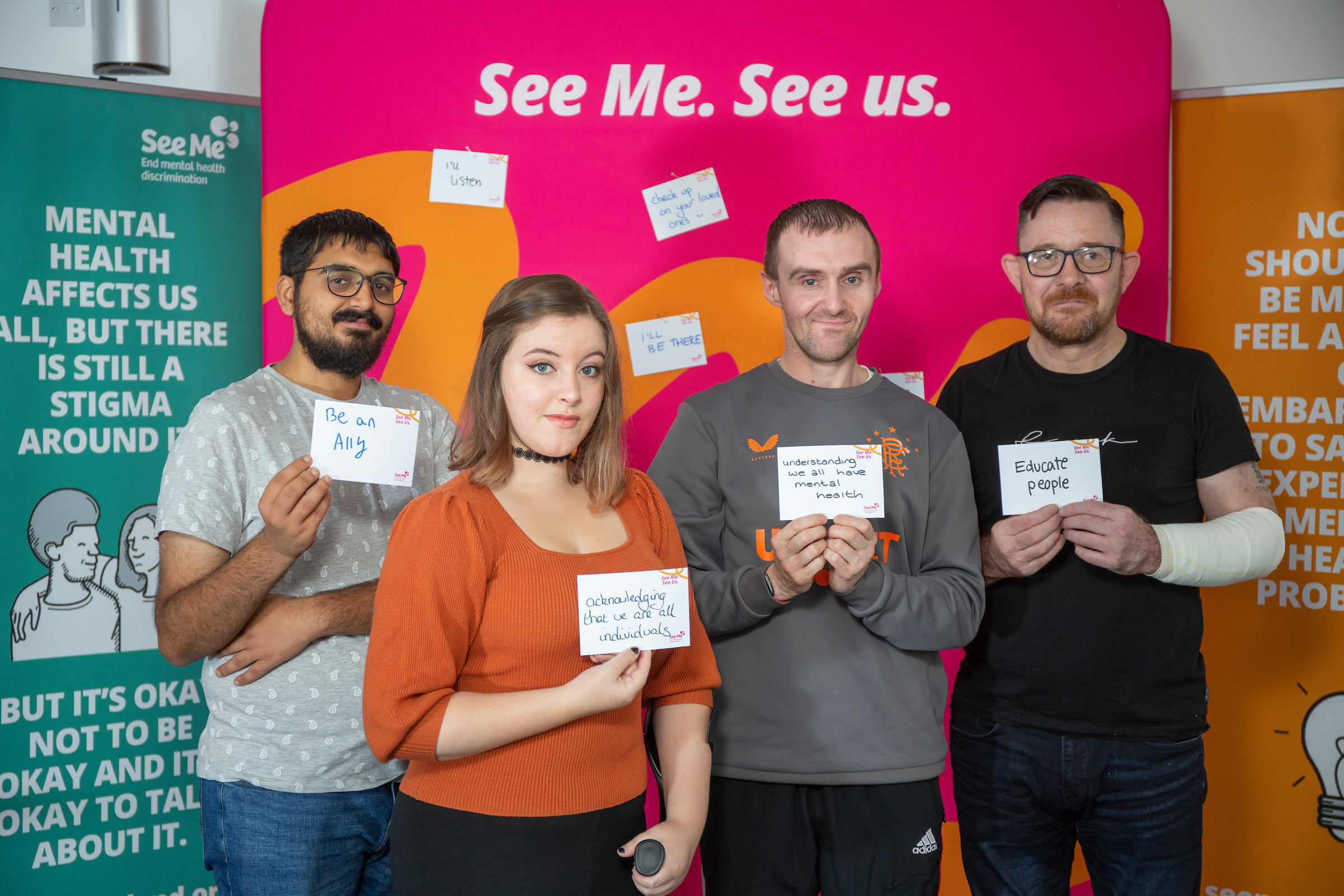 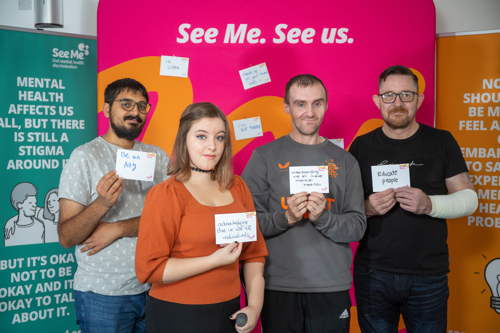 To help the people of Scotland get involved and tackle mental health stigma and discrimination, See Me has launched a new home for the social movement on their website at seemescotland.org/SeeUs, where you can access resources to help you make change.

See Me director Wendy Halliday said: “For too long tackling mental health stigma has been seen as the responsibility of those who have experienced it.

“It’s time to move past Seeing Me, the person struggling, and for everyone to stand up and say, ‘See Us, we’re making a difference together.’

Join in the conversation on social media using #SeeMeSeeUs and help others to find out about the movement.