Public attitudes and behaviours around mental health are improving – but Scotland’s programme to end mental health stigma and discrimination warns there is still work to be done.

New research, carried out by See Me and Censuswide, has shown that Scotland’s views on mental health are changing, with 96 per cent of people saying they would be willing to support someone who was struggling with their mental health.

The poll shows that over the last two decades there has been a 60 per cent increase in the amount of people who say that would have the confidence to start a conversation with someone about their mental health (from 24 per cent to 84 per cent).

It also found that almost eight in ten (79 per cent) agreed that they would have the confidence to talk about their own mental health today – while more than two in ten (23 per cent) would have said the same 20 years ago.

The research has been conducted to mark the 20th anniversary of See Me, Scotland’s national programme to end mental health stigma and discrimination.

See Me, which is funded by the Scottish Government and managed by the SAMH and the Mental Health Foundation, launched as a public awareness campaign in 2002, relaunching as a programme in 2013 to change behaviours as well as attitudes.

One of the programme’s main ways of creating change has been in working with people who have experienced stigma themselves. Over the last 20 years, people across Scotland have used their own experiences to make a difference for others through the wider See Us movement. 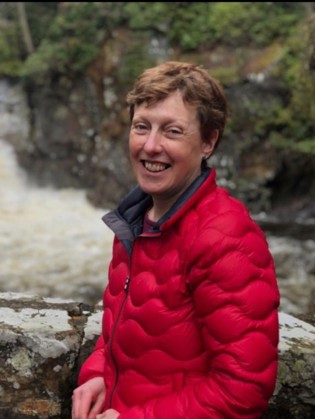 Bridget Dickson, from Peebles, joined See Me as a community champion in 2016.

Over the last six years, Bridget has used her own mental health experiences – and passion for reading – to open up conversations about mental health in her own community and beyond.

She said: “I’ve created a couple of projects with the help of See Me to tackle mental health stigma. During lockdown, I developed a project based on six-word stories. With the help of a couple of other volunteers, we turned it into a workshop which we called Six Wee Wordies. It's just amazing to see how people engage with it and get involved in conversations which they wouldn't necessarily have done otherwise.”

Gary Macdonald, from Glasgow, has also been involved with See Me since 2016. His volunteering experiences have inspired a change of career path.

Gary said: “Volunteering with See Me has led to me setting up a men's mental health and suicide prevention peer support group in Glasgow, Mind the Men. We have hundreds of men who come through the doors and it's helped them to open up about their mental health and challenge stigma and discrimination.” 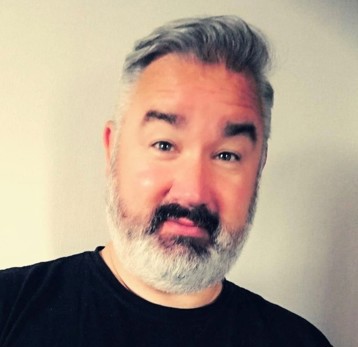 He said: “Being a part of See Me and the See Us movement has been a life changing experience for me. I wouldn't be doing what I'm doing today as a mental health first aid trainer, and I wouldn't be doing so much if it hadn't been for See Me. It really changed my life.”

While there has been real change in the last two decades, that doesn’t mean that the work to tackle stigma can stop, according to See Me.

The Scottish Mental Illness Stigma Study, a first of its kind piece of research, released by See Me last month, found that people with severe, enduring and complex mental illnesses continue to face stigma – within their families, workplaces and healthcare settings.

See Me is calling on people across Scotland to build on the progress so far.

Mental Wellbeing and Social Care Minister Kevin Stewart said: “Over the last 20 years, See Me have driven change in tackling stigma and discrimination around mental ill health. They have done this by ensuring that lived experience is at the heart of everything they do. This enables us to make sure that the services we provide work for those they are intended to help.

“The funding of See Me is not only a sign of our trust and belief in their work, but also recognition that tackling mental health stigma and discrimination is a key priority for the Scottish Government.”

See Me director Wendy Halliday said: “The programme’s milestone birthday provides an opportunity to take stock of what has been achieved over the last 20 years.

“We’ve seen real progress in the last two decades, as our latest polling shows, but we know that there are still certain groups and parts of society which continue to face stigma. As the programme moves forward, we’ll be doing more work with minority groups, including LGBT+ and BAME communities, to ensure that everyone feels able to talk about their mental health and seek help when they need it.”

Get ideas and inspiration around ways you can help tackle mental health stigma and discrimination at seemescotland.org/SeeUs.