The third instalment of David Hamilton's personal story. Author of 'Mind Over! Whats the Matter?' David shares his experiences of bipolar disorder.

I was diagnosed with bipolar at the age of 16 on the 4th February 2002. This moment of my life was one of the hardest things that I have ever went through. However, with that experience, I feel that I am a stronger person for going through it.

Years after sustaining good routines and just driving through life I decided to park up and look back on my journey. I decided to write a book after years of mulling over it.

My initial reason for writing the book was to make sure nobody has to go through what I went through.

To give a good account of myself I managed to collect all of my doctors notes through months of trying to obtain them. I began to piece through them to get a good timeline of events and others views on my actions and behaviours.

Throughout the book I have mentioned that it’s not the typical person you see in films that get sectioned into psychiatric wards. The many people I met are in everyday jobs and every walk of life. Anyone can go through a bad time.

I released my book 18 years after my diagnosis on the 4th February 2020.

This is the third excerpt from the book that I will be sharing over the coming weeks. 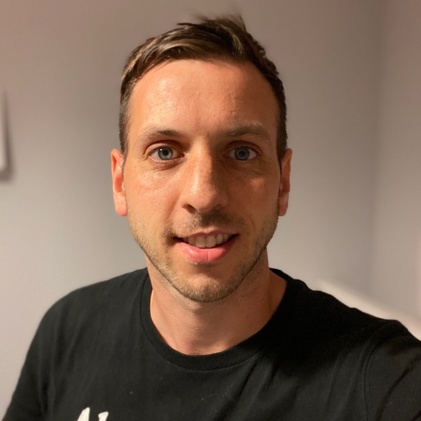 Come the summer of 2005 I was flying! I was on such I high. I had two weeks abroad with the boys for the first time. This was followed by a weekend at T in the park with school mates.

The football trial was with Newcastle United and was in partnership with premier skills. Boys from all over the UK gathered to try and gain a place at Newcastle and other clubs who had scouts in attendance.

My body had taken a battering, but my mind was still racing.

Before I went on holiday the “great” idea I had was to be high as a kite for this trial, that would mean I would be ultra-confident with endless amounts of energy, and I would be able to showcase my full potential.

The trail began and as expected I was flying, smashing all the fitness tests and in charge of the ball.

As Tuesday morning hit, I had slept in, I could barely open my eyes and couldn’t move my body, the come down from the high was like a sky dive, I had hit rock bottom over-night.

I couldn’t believe it, I forced myself to get up and ready to head over to the briefing room which was in full flow. My legs were like jelly and I had the motion feeling again like I was on a boat.

We'll be releasing regular instalments of David's book over the coming weeks. You can also find it by clicking the button below.