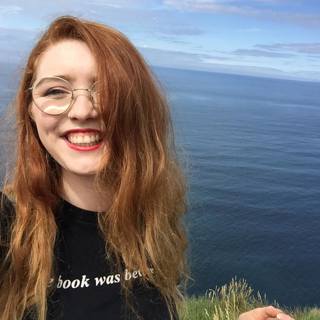 My experience started at a young age. My Dad was in the military so that involved a lot of moving around and changing, often leaving friends and family.

This lead to me being nervous about any change, which then turned into a more intense fear of change. After that I was diagnosed with anxiety and panic attack disorder.

It wasn’t easy to speak about it for a long time. I could speak to a few selected people, some very close friends and family. But outside of that, with my wider friend group, or employers, it was much harder to speak.

I was at boarding school. It was really difficult to talk about it there, people were not clued up. People didn’t understand why I stopped going out all the time or why I wasn’t the same. They just put it down to me being a bad friend. Even when I tried to explain to them that I wasn’t a bad friend they didn’t understand.

I have lost a lot of friends because I couldn’t go out, or I couldn’t meet up.

Before I was unwell I was really active all the time, then I fell off the face of the earth. People just thought I was a bad friend.

I think that if people were more knowledgeable and had an understanding of what is actually happening to someone it would help. I didn’t know what was happening to me. I was never taught it, I was never warned what it would feel like.

Panic attacks and anxiety was a breaking point for me. I had literally no idea what was going on in my head and my body, so how would anyone else be able to understand? We could all do with better understanding. We also need more people to talk about it. When I was younger it wasn’t spoken about, it was taboo and avoided. More people need to feel open to asking how someone is and be okay if they get a negative answer. People will ask, but they just want to hear you’re fine.

I also had an employer who didn’t understand. I was having three panic attacks a day, maybe more.  I felt like I couldn’t do anything about them. I had to phone in sick a few times. When I went back I went into a meeting to explain that I was struggling a lot. I was given a formal warning and put on an extended probation. They didn’t handle it well at all. They didn’t believe how hard it was to deal with. In the end I handed my notice in.

From my experience, I don’t think young people are taken seriously at all when it comes to mental health.

I was 16 when I first reached out for help and the reaction I got from the doctor was awful. I was told the reason I felt how I did was because I was just stuck in a routine and playing everything up in my head. She told me that I shouldn’t book another doctor’s appointment, just changing my routine and exercising more would fix it.

But there was a positive thing to come out of this, I decided that if the help wasn’t there then I could be it. So I decided to study psychology, which I’m doing now as I want to be a child psychologist. I thought if they can’t do it right, I can do it.

But the whole thing made dealing with life more difficult than it needed to be.

Not every teenager is depressed, but it might be more than just growing up and hormones, so everyone needs to be taken seriously, because if someone is struggling they need help. If you’re not taken seriously when you struggle when you’re young, then that might impact on the rest of your life.

Stigma starts when we’re young and that’s where people need to learn.